The Dell Latitude 5480 offers speedy performance and over 11 hours of battery life, but a dim screen holds it back.

Built for mainstream business users, the Dell Latitude 5480 packs strong performance, and long battery life into a durable package. Starting at $769 ($1,562 as tested), Dell’s laptop has the manageability and security options corporate IT departments require, along with deep key travel and an accurate touchpad/pointing stick. If you don’t mind its dull touch screen, the 5480 has a lot to offer. However, check out our best laptops and best business laptops for better alternatives.

The Latitude 5480’s matte-black design won’t turn heads but it feels solid, thanks to a sturdy carbon-fiber-reinforced polymer shell. Its polycarbonate keyboard deck offers a comfortable surface to rest your wrists while typing.

The Latitude 5480 has a USB Type-C port that it can use for charging, DisplayPort video out and data transfer, a USB 3.0 port, an SD memory reader and an optional SmartCard on its left side.

Dell designed the Latitude 5480 to survive some punishment. The company says its laptop has passed 15 MIL-SPEC tests, including those that involve extreme temperatures, crashes, shocks, vibration and high levels of dust.

The Latitude 5480’s durability features come standard, but you pay a little more for some of its added security features. You can upgrade the notebook with a Smart Card reader and Fingerprint reader bundle for $35 or just get the Smart Card reader for $21. Windows Hello fans will have to shell out an additional $91 for the infrared webcam needed to unlock the system with your face.

The Latitude 5480’s 1920 x 1080-pixel touch screen provides crisp details and decent color, but it’s a bit dim. As I watched a full-HD Logan trailer on the notebook, I noted that the baby-blue skies, dark-green trees and beige desert were somewhat muted. The screen’s fine 1080p resolution allowed me to see each crooked, scraggly whisker of Wolverine’s beard. As is the case with most other touch-screen displays, the Latitude’s is so glossy that I could clearly see my own reflection during darker shots.

According to our colorimeter, the Latitude 5480 produces 71 percent of the sRGB color spectrum, which is below the 89-percent average for thin-and-light notebooks. The ThinkPad T460 (67 percent) and the ProBook 440 G3 (55 percent) offer even fewer colors.

The Latitude 5480 emits an average 202 nits (a measurement of brightness), making it dimmer than the 245-nit average, ThinkPad T460 (239-nits touch screen, 242-nits non-touch) and the ProBook 440 G3 (243 nits). The dimness only exacerbates its limited viewing angles, as the panel looks much darker from greater than 45 degrees to the left and right.

Our model of the 5480 Latitude features its optional touch screen, which speedily recognized my swipes as I scrolled through TweetDeck’s many columns. It also recognized Windows 10 gestures for pulling up the Action Center and viewing open windows.

The Latitude 5480’s island-style keyboard offers a comfortable typing experience. When I tested it out on the 10fastfingers.com typing test, I click-clacked at a rate of 82 words per minute, beating my 80 wpm average. The keys feature an otherwise excellent 1.9 millimeters of travel and 60 grams of required actuation force (1.5 — 2.0mm and 60 grams are ideal), though the feedback isn’t as strong as we’d like.

The Latitude’s pointing stick provided very accurate navigation around the desktop, without forcing me to lift my fingers off the home row. However, Dell’s coarse concave nub isn’t as comfortable to push as the curved caps you find on Lenovo’s TrackPoints.

The Latitude’s speakers provided enough warm audio to fill a large conference room. When I listened to Queens of the Stone Age’s «Kalopsia,» the track’s bass hit hard, Josh Homme’s vocals came through clearly and the warbling guitars sounded accurate.

The preloaded Waves MaxxAudio Pro audio adjustment utility lets you tweak EQ settings and increase bass, but the notebook didn’t need such adjustment out of the box.

Armed with a 7th-Gen Intel Core i7-7600U, a 256GB SSD and 8GB of RAM, the Latitude 5480 is a multitasker’s best friend. I saw zero slowdown when I split my screen between a dozen Chrome tabs (including TweetDeck, Google Docs and Slack) and a 1080p YouTube video. The system retained its speedy response after I launched a full system scan in Windows Defender, started taking selfies with the camera and began a round of Candy Crush Soda Saga.

Productivity power users should appreciate the Latitude 5480 as it needed only 3 minutes and 12 seconds to match 20,000 names to addresses in our OpenOffice Spreadsheet macro test. That’s shorter than the times posted by the ThinkPad T460 (4:13), the ProBook 440 G3 (4:55) and the 4:45 average.

You can game on the Latitude 5480 when you get to take a break, but you can’t push it that hard. It ran Dirt 3 (1920×1080 pixels, medium graphics) at 32 frames per second, which is just barely above our 30 fps playability threshold, but below the 42 fps average.

Our model features a 4-cell, 68-watt-hour battery, the largest size Dell offers. However, Dell doesn’t always offer battery options when you’re customizing your system on its site. Make sure to check the size of the battery (larger is better) when you’re constructing your system.

The 0.9-megapixel webcam in the Latitude 5480 is fairly standard for what we see in most laptops. My test selfie had a grainy texture and flat colors, as the red of the wall behind me and the dark blue in my shirt both appeared muted.

Certain parts of this machine can spike a slight fever. After streaming 15 minutes of HD video, the underside of the laptop measured 98 degrees Fahrenheit, which is slightly higher than our 95-degree comfort threshold. The touchpad (85 degrees) and G&H keys (91 degrees) were noticeably cooler.

Business notebooks shouldn’t come with apps that don’t help with productivity or security. Not only does the Dell Latitude 5480 include Candy Crush Soda Saga, Minecraft and Royal Revolt II, it also packs Houzz, a home-renovation tool.

We like the durable Latitude 5480 for its lengthy battery life and speedy performance, which make it a fantastic machine for plowing through a day’s work (even when it extends into the evening). It’s unfortunate that all that brawn is hindered by the notebook’s lifeless touch screen.

The ThinkPad T460, which will soon be replaced with a Kaby Lake version, has a brighter, more colorful display, longer endurance and a better keyboard. However, if you’re looking for a powerful, well-made business laptop, the Latitude 5480 should be near the top of your list. Just make sure you get the extended battery. 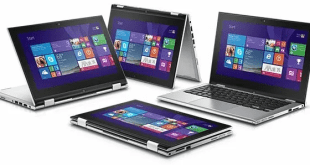 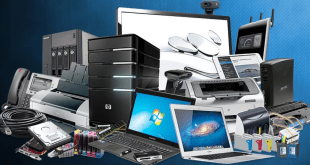 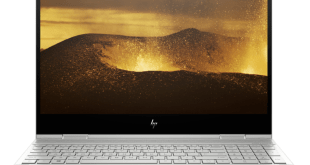 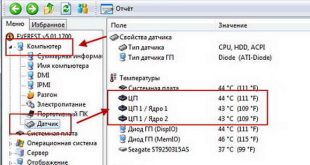