Lenovo updates its T-range’s 14.1 inch models to state-of-the-art with the Arrandale CPUs. The validated Thinkpad design and the qualities attached to it haven’t been compromised on. Our prototype is equipped with a Core i7 620M CPU, a dedicated NVIDIA NVS 3100M graphic card and a 4 GB DDR3 RAM. Can the graphics be switched for energy saving reasons like in the T400 top models? We’ll answer this question in the run of our comprehensive test course, as well.

The T-range contains efficient laptops aligned for mobile business use, and can be classified between the R-range laptops and the more efficient mobile W-range workstations in terms of performance. You’ll find Thinkpad experts in the X-range for an ultra mobile use. Aside from that, the inexpensive SL-range and the Edge range laptops for small businesses belong to Lenovo’s business products

Currently, four T-ranges are available. The T400 (14.1 inch) and the T500 ranges (15.4 inch) have already been on the market for a while and still use seasoned hardware components. You could say the T410 range and the T510 range, now equipped with Arrandale processors, represent the latest upgraded versions.

A few T410 models only have one integrated Intel GMA HD graphic chip. Then again, others use the possibility of a dedicated Nvidia NVS 3100M graphic card. Interestingly, the device is already offered in various shops in Europe although you still have to wait for the official manufacturer data in Germany. Therefore, we will fall back on information from the US site, on the data sheets that we received directly from Lenovo on inquiry and information from various internet sites.

The case reminds of the already reviewed Lenovo T400. Apart from the typical Thinkpad design components — the blue return key, red trackpoint, the according logos and not to forget the blue "ThinkVantage" button, the silver hinges and various inevitable stickers — it has been made completely in a matt black. In terms of size, it equals its T400 predecessor measuring 335 millimeters width, 239 millimeters depth and 31.9 millimeters height.

Even if both look alike at first sight, there are significant differences in regards to connectivity and distribution. However, it has the weaknesses in the Ultra Bay slot area and the plastic covers above the keyboard, already known from the T400. The case can yield and creak somewhat under selective pressure here. Basically, you can be satisfied with the base unit’s stability, anyway. The display components have a good torsional stiffness and pressure resistance, even if the display lid unlikely will reach the T400’s qualities. It twists a bit when it’s picked up at a corner and image distortions turn up on the enabled screen, as well. The hinges yield first before image changes can evolve under selective pressure. Image falsifications can also be noticed by moderate retention and medium pressure. Additionally, the display bezel yields considerably under pressure, whereas image deviations also become visible.

The hinges barely teeter after adjusting the opening angle, but they surprisingly don’t manage well in an instable work environment (train journey). A single-handed opening and closing is possible because they run smoothly. Moreover, the maximum opening angle of even a bit more than 180 degrees won’t cause any restrictions.

A double hook closure system and the known clamshell design offer protection against foreign objects unintentionally penetrating the gap between keyboard and display. The opening mechanism is easy to operate, but creaks a bit. Lenovo has made improvements in terms of maintainability. Now a RAM module and the GOBI2000 card (broad band modem) can be accessed, aside from the hard disk.

Lenovo has kept all important, and for a laptop of the business category, necessary ports in mind. There is a docking port on the bottom, over which you not only can easily connect the 14.1 incher into an already existent work environment, but also extend the interface-allocation.
Currently, there are 4 different docking stations available in the United States. However, one of them is connected via USB. Therefore, only three options are left for using the docking port: First, the ThinkPad Port Replicator Series 3 for around 149 US dollars, second the ThinkPad Mini Dock Series 3 (US/Canada/LA) with 6 USB 2.0 ports, VGA, DVI, DisplayPort (2 video interfaces can be used simultaneously) and an analog headphone and microphone socket for about 199 US dollars. And the third option is the ThinkPad Mini Dock Plus Series 3 (US/Canada/LA) with an additional DVI and display port, RJ-45 and eSATA connection for around 229 US dollars. You can practically ban all cables that might restrict the work space on the notebook’s sides to the back with the latter.

Four USB 2.0 ports, three of which are almost on the left’s center and one is almost on the far back right, are directly on the notebook. External monitors or projectors can be connected analogly via VGA. Additionally, Lenovo has also kept a digital display port in mind, with which also high resolutions in a good quality should be possible on external monitors. The functionality can be extended via ExpressCard/34 modules. The correlating slot is on the right front area. An eSATA connection and an combo audio socket are also found on the front area.
Aside from the already mentioned USB ports, the right side also accommodates an Ultrabay slot, which is standardly equipped with a DVD burner (alternative equipment is optionally available), a FireWire connection and a Kensington Security slot. There is only a RJ-11 modem interface on the back beside the DC-in. The front completes the connectivity with a 5-in-1 cardreader, which usually supports following formats: MS, MS Pro, SD, SM, MMC.

The interface distribution isn’t perfect for neither lefties nor for righties. All connections on the left are practically in the center area. Also, the three USB ports and the display port, in a block of four, are so close to each other and by the LAN connection that you have to use narrow USB plugs. It looks better on the right as long as you aren’t intending to use any eSATA devices. The combo audio socket has also been placed on the right, pretty much in the front. The main control for the WiFi modules, also here, has been positioned on the beveled edge so that the slider position can’t be seen at all without wrenching. Aside from that, the slider is only suitable for persons with thin fingers.

Lenovo has practically put all useful and available communication features into the Thinkpad T410. You can exchange data wirelessly with small external mobile devices, for example a cell phone or PDA, over Bluetooth 2.1. A GOBI 2000 from Qualcomm is available as a broad band modem. A SIM card from Vodafone is also included right away. Fast connections via WiFi hotspots with the built in Intel Centrino Ultimate-N 6300 AGN (agn) are even possible with n-standard support if necessary. Other configurations are dependent on the model.
For cabled use, there is an Intel 82577LM gigabit network connection (10MBit) for Ethernet connections available on the one hand, as well as a RJ-11 modem connection that could make an internet connection via a telephone cable possible in areas with a sparse infrastructure on the other. So, basically internet telephony and electronic mail with business partners shouldn’t be a problem. Even video telephony via internet is possible without further ado due to the built-in 2.0 MP webcam.

Windows 7 Professional 64bit was preinstalled on our prototype. Optionally, Windows 7 Ultimate can also be selected. Both Windows 7 versions are also available as a 32 bit option. A 32 bit operating system doesn’t seem sensible in our prototype already in view of the memory size of 4 gigabytes — unless there are only 32 bit drivers for existing peripheral devices available.
Lenovo has made a few modifications in Windows 7 and has tried to optimize Windows 7 with that. The Lenovo Enhanced Experience Technology is supposed to make a faster booting and shut down possible. This statement is made by the manufacturer and hasn’t been checked.

Lenovo has been stingy in terms of supplies. Only a few sheets of paper are in the box along with short instructions. Operating system media, recovery DVDs, driver media or even Windows 7 installation media is looked for in vain, though. In return, you can easily create recovery DVDs with Lenovo’s ThinkVantage tool. This tool also supports a recovery from a hidden partition. If you press the "ThinkVantage" button just at the right moment during booting, you are shown a menu with various options. If you choose F11 "to diagnose hardware or recover your system" you get the message "Press <F1> to Setup" after two beeps, which you can exit with ESC. Afterwards, the "ThinkVantage Rescue and Recovery" tool is started and you can restore the factory preinstalled hard disk content, among other things.

The Thinkpad T410’s security features include a Kensington Security slot, a splash water protected keyboard and a fingerprint reader that has to be configured with the ThinkVantage tool before use. The built-in hard disk also supports hardware encryption. A SmartCard reader is optionally available.

The basic warranty period only includes 1 year bring-in service in the USA. Various warranty extensions can be purchased. A 3 year onsite service (Priority) costs around 279 US dollars. In Europe the warranty period of T-series models is 3 years by default.

The splash water protected keyboard doesn’t look much different to that of the T400 at first sight. The tested and tried IBM keyboard has once again been used. Apart from the Crtl and FN key being in the opposite order, the layout complies with the usual standard, whereas the keys have been clearly grouped. A difference to the T400 is only found in the design of the upper two rows: The ESC key is longer and the F keys had to be moved a bit to the right, in return. The INS key had to leave the group with the DEL key. The latter has been stretched just like the ESC key. Thus, there is hope that you’ll not hit INS instead of DEL as quickly and unintentionally change to the insert mode in word processing.

The hotkey bar has also been redesigned. Now there is a separate button for controlling the microphone. Additionally, you can mute, adjust the volume (now with a rocker switch) and address the ThinkVantage tools. The keyboard light has its place in the upper display bezel again and can be controlled with FN+PAGE-UP.

As usual there’s nothing to complain about in terms of the keyboard’s mechanical traits. Concave key surfaces add to the typing comfort. Unfortunately, the keyboard is quite loud especially at vigorous typing, in particular the space key. But touch typing is a delight right from the start.

The touchpad and trackpoint can be enabled or disabled independently with FN-F8. The touchpad has, regrettably, been renewed. It now supports a few multi-touch gestures and you can scroll with its assistance and with the optically and haptically marked scroll fields alike. But the mouse cursor control isn’t perfect any longer. The multi-touch features are frequently triggered unintentionally.
The touchpad’s surface has also been given a facelift. The surface is now slightly knobby and feels a bit grainy. The gliding traits are alright, though. The touchpad barely delimits itself from the surrounding case by a simple component seam. The touchpad buttons are found on the beveled edge. They are smooth, respond well on their entire width and don’t make a loud click noise, either.

Alternately, the red trackpoint can be used. It allows a very precise mouse cursor control. Unfortunately, the correlating buttons are somewhat louder and click audibly, but the functionality doesn’t give reason for complaint. 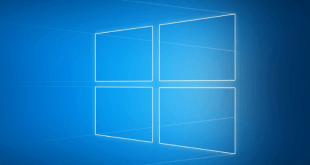 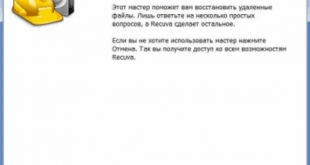 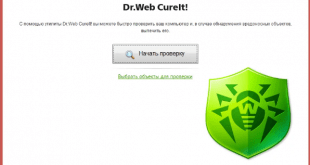 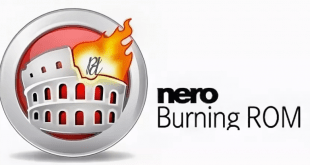